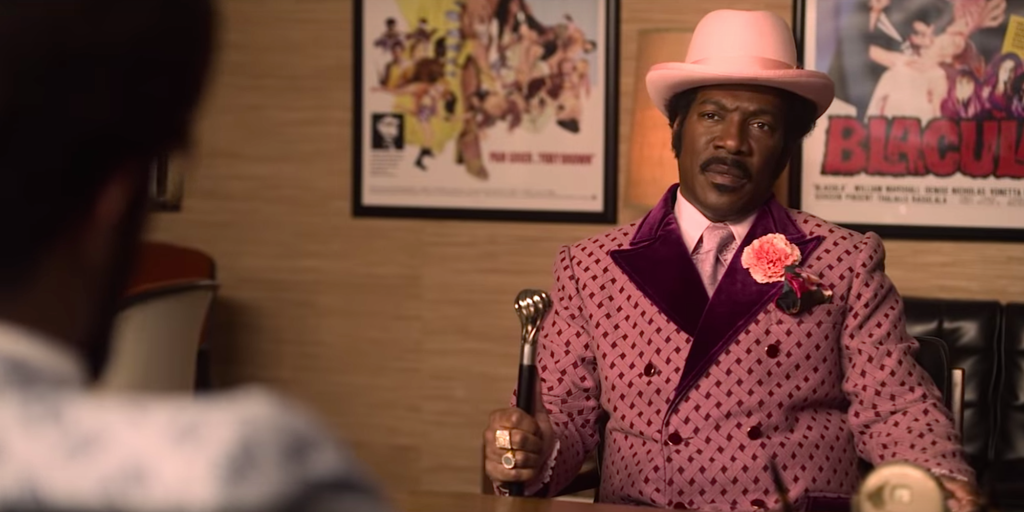 “Dolemite Is My Name” the newly released biopic starring Eddie Murphy, was recently released on Netflix. Eddie Murphy plays Rudy Ray Moore, a struggling singer, and comedian from Fort Smith, AR. Rudy embarks on an audacious plan of regurgitating old wise tales as apart of his comedy stand up routine. The plan worked with success and movies, which followed. “Dolemite Is My Name” is seeing rather favorable reviews receiving a noteworthy 7.5 on IMDB and 97% on Rotten Tomatoes.

The entertainment staff at Insider Industry sees things a bit differently. While we were inspired by Rudy Ray Moore’s rags to riches story, however, the movie should have been titled “Donkey from Shrek the Pimp.” Throughout the entire film, we couldn’t help but be reminded of Eddie Murphy’s Donkey character from the animated movie Shrek. All in all, we wish Eddie Murphy continued success as “Dolemite Is My Name” continues to entertain audiences.