Post apocalyptic science fiction stories are now the trend in Hollywood with Mad Maxx: Fury Road, I Am Legend, and Terminator Genisys to name a few.  The newest apocalyptic thriller to be released this fall is the short film, Meri Mary Mari, which follows the events a woman who discovers a portal to a parallel universe and meets her mischievous parallel self who thrusts her life into a multi-dimensional disruption.

Meri Mary Mari follows another trend of incorporating new and unknown technology into the story line.  One of the devices featured in the film is the TinyStic.  The TinyStic is a wifi display adapter which is not common place in 2015 but will be in years to come according to TinyStic founder Eric Hamilton.  “Soon, TinyStic-like devices will be as common as Bluetooth devices” says Hamilton.

Meri Mary Mari is not the 1st Sci Fi film/series to use technology that later became common place. We all know that Lieutenant Uhura from Star Trek 1st graced our televisions with the 1st Bluetooth device back in 1966.  That same year, Captain Kirk from Star Trek “signed off” on his tablet computer at the end of each episode.  Luke Skywalker did not need GPS to destroy the Death Star in Starwars in 1977 even though his X-wing Fighter spacecraft was well equipped with the latest GPS technology.  The film doesn’t refer to the technology as GPS, it refers to it as “Luke’s targeting computer”. 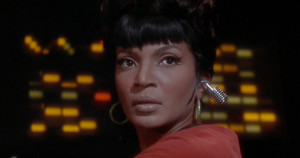 Lieutenant Uhura 1st graced our television screens with the 1st “fictional” Bluetooth device back in 1966. 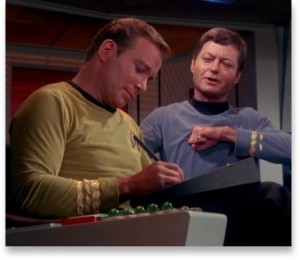 Captain Kirk “signed off” on his tablet computer at the end of each episode. 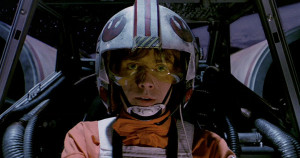 The TinyStic is a device that allows users to display their smartphone content to an external display. So, how is Meri Mary Mari using the TinyStic devices in the film?  According to Meri Mary Mari’s director/writer Michele Cannon, the external display is in the form of futuristic goggles worn by robots called Gynoids.  The TinyStic is plugged into the Gynoid and smartphone content is ready to be seen.

Will TinyStic technology be as popular as Bluetooth or tablet computers?  Only time will tell.